When Brahms decided to write a double concerto for violin and cello, he had few recent precedents. During the Baroque era, composers had delighted in the concerto grosso, a concerto for orchestra with multiple soloists. Mozart composed several double concerti for two or three pianos, one for harp and flute, one for violin and viola, and one (of uncertain authenticity) for four wind soloists. From Beethoven came a triple concerto for violin, cello, and piano. Yet all those examples were decades in the past. Other than an occasional double piano concerto, Romantic composers of the nineteenth century never bothered with concerti for more than one soloist. Brahms, however, rarely interested himself in the same things that attracted others of his generation. This return to an earlier genre was typical of his life-long fascination with classic styles of composition, and it shows how he updated those styles to fit the grandeur of a Romantic orchestra. Although, in conception, his Double Concerto is the sort of piece that might have come from Mozart's time, it is given its fullest expression through the rich voice of Romanticism.

This concerto was Brahms' last concerto, as well as his final composition using the orchestra. Dating from 1887, it followed his fourth and final symphony by two years. In this work, Brahms may have planned to pay modern tribute to the Baroque ideal of the concerto grosso, yet he also hoped to kill two birds with one stone. He had promised his friend, the cellist Robert Hausmann a solo concerto, but had never gotten around to writing such a work. Also, he had recently had a falling-out with his long-time colleague, the violinist Joseph Joachim, who felt that Brahms had sided with Joachim's ex-wife during their recent divorce proceedings. Through the balm of one composition, Brahms hoped to soothe three souls: Joachim's, Hausmann's, and his own.


Since he had previously completed his Violin Concerto, two violin sonatas, and two cello sonatas, it would seem that he would have possessed the necessary familiarity to write for these two instruments together, but Brahms was less certain of his suitability. Himself a pianist, he felt insecure composing for a solo instrument that he could not play, and the fact that virtuoso players would willingly offer advice was not much comfort. As he remarked in a letter to his dear friend Clara Schumann, "It is quite a different matter writing for instruments whose character and sound one can only incidentally imagine, than for an instrument which one knows totally." She firmly reassured him as to his fitness for the task, and even offered her own home in Baden-Baden for the new work's first rehearsals. Its premiere was given in Cologne on October 18, 1887. Brahms himself conducted that performance. The soloists were the men for whom it had been written: Joachim and Hausmann. (Robert Hausmann and violinist Joseph Joachim )

Wieniawski --- Concerto #2 for Violin and Orchestra 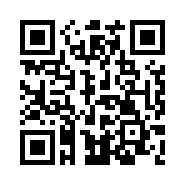